After 36 years, another Marcos gets to lead the Philippines. 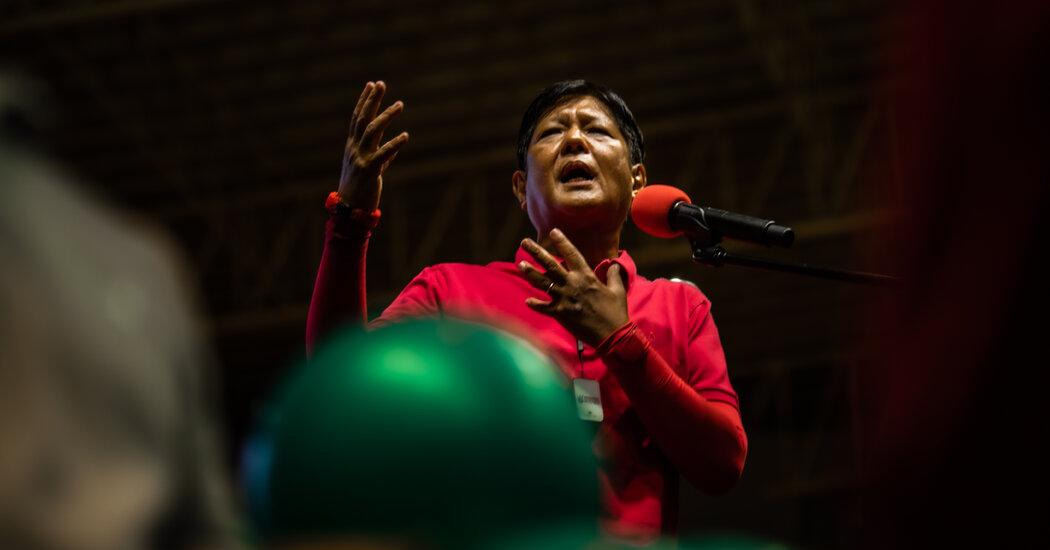 
Ferdinand Marcos Jr. has waited a long time for this moment.

Thirty-six years after the Filipinos overthrew his father, Ferdinand E. Marcos, in a popular uprising, Marcos looks likely to become the first person to win the presidential election in the Philippines with a majority in more than three decades.

Mr Marcos has spent decades defending his family’s name against allegations of: greed and corruption and downplaying the inheritance from his father’s cruel rule† During his presidential campaign, he has portrayed himself as a unifier, while false stories online commemorate his father’s regime as a “Golden Agein the history of the country.

The race is seen as a competition between those who remember the past and those accused of trying to twist it, the final chapter in a brazen effort to absolve the Marcoses of their wrongdoings and negate any attempt to hold the family accountable. to do.

Six Years of President Rodrigo Duterte—a Marcos ally known for his bloody war on drugs and for incarcerating its critics – may have heralded a comeback of the Marcos family.

The family is accused of loot as much as $10 billion rather from the government flights to Hawaii in 1986, when the peaceful “People Power” protests Marcos regime overthrown. The family returned shortly after the death of the elder Mr Marcos in 1989†

Despite the exile, the Marcos name never really left the political establishment.

Mr. Marcos, known by the nickname “Bongbong” from his youth, was vice governor, governor and congressman in Ilocos Norte, the family stronghold, for much of the period between the 1980s and 2010. That year he entered the national political scene. when he was elected senator. Imelda Marcoshis 92-year-old mother, twice ran in vain for president in the 1990s.

“My mom has wanted me to run since I was 8 years old,” said Mr. Marcos in “The Kingmaker,” a documentary about his mom.

‘American Song Contest’ is about the songs, not just the lungs

'American Song Contest' is about the songs, not just the lungs