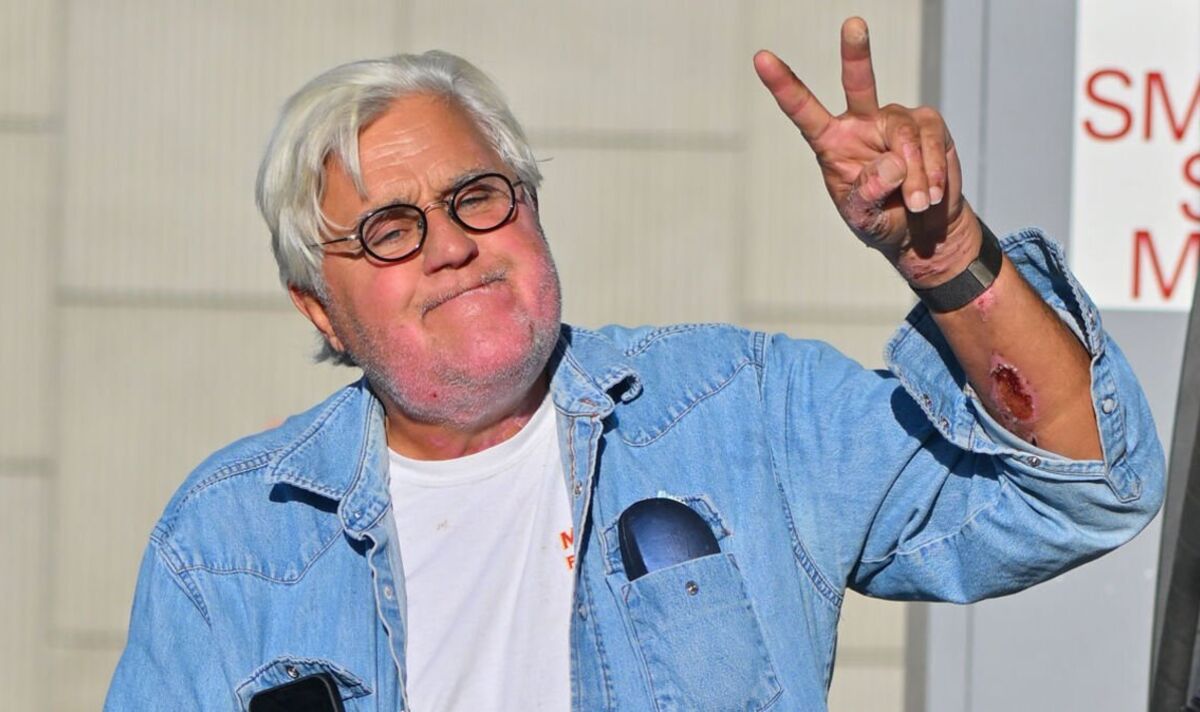 
Jay Leno smiled in a gas garage today after his release from the hospital.

The comedian suffered third-degree burns while working on one of his classic cars.

The latest photos of the star showed scars on his hands, face and neck.

Despite his recent incident, Jay appeared in high spirits as he filled up his car.

The 72-year-old then flashed a peace sign to cameras before getting back into his car.

Yesterday, the television star posed with medical staff who treated him at the Grossman Burn Center.

Doctors said in a press release, “After a 10-day stay at the facility, Jay will receive follow-up care at the Grossman Outpatient Burn Clinic for burns to his face, chest and hands that he sustained during a fire in his home garage. doctors shared in a press release.

“Jay wants to let everyone know how grateful he is for the care he has received and is very grateful for all the well wishes.

“He is looking forward to spending Thanksgiving with his family and friends and wishes everyone a happy holiday.”

Streamline browser tab management with this powerful app, which is now 24% off

How and why you should lock databases in Notion