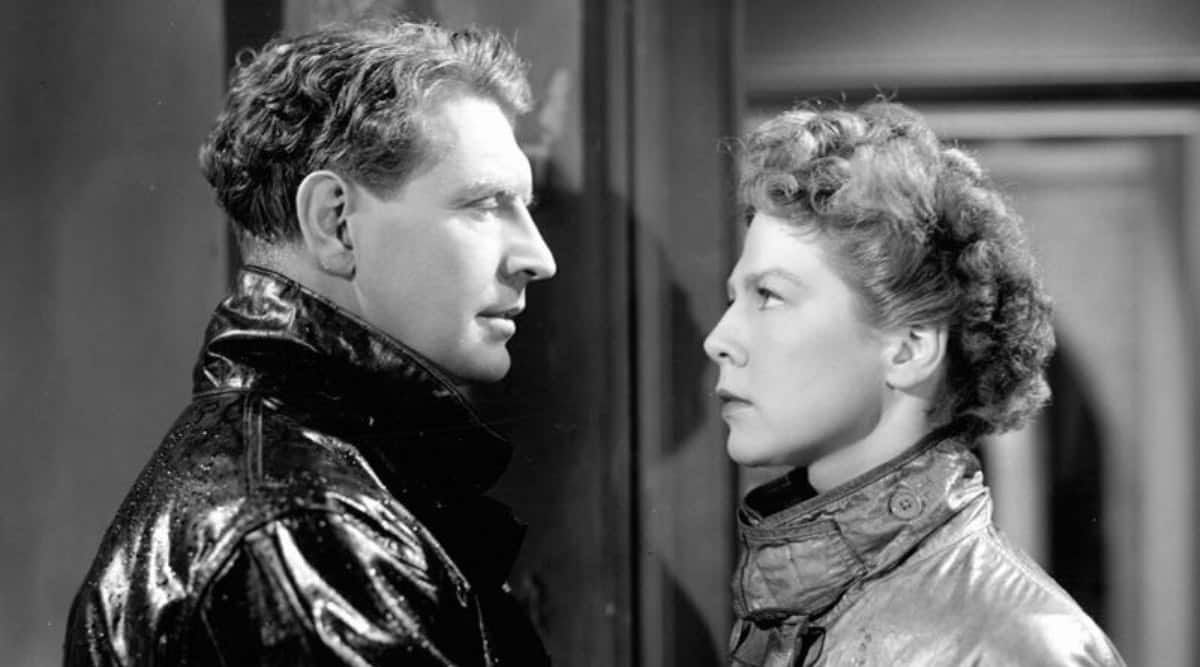 While Martin Scorsese and Thelma Schoonmaker were locked in an apartment cutting Raging Bull—an intense process that would have consumed most filmmakers’ minds—Scorsese told his editor to take a break. He had a movie he had to show her.

“He said: ‘You have to see this one'”, Schoonmaker remembers.

Scorsese was already an avid fan of the films of Michael Powell and Emeric Pressburger, the British film duo known as the Archers. He regarded Technicolor films like The Red Shoes, The Life and Death of Colonel Blimp, and A Matter of Life and Death as masterpieces. But he had been looking forward to their 1945 black-and-white Scottish romance, I Know Where I’m Going! worried it might be “a lighter photo”. Something with that title. Besides, how many masterpieces could Powell and Pressburger have created?

Still, Scorsese was persuaded to screen it with his friend Jay Cocks the night before filming began on “Raging Bull.” “I couldn’t have been more wrong,” Scorsese recalled in an email. “It was funny, it was exciting, it was really mystical and it was deeply moving. I have ‘I Know Where I’m Going!’ seen. many times since – so many times in fact that I’ve almost lost count – and I’m always moved and surprised every time, and I’m kept in suspense right up to those great last moments.”

Ever since it was released in the waning days of World War II, I Know Where I’m Going! has played a unique role in the hearts of moviegoers. It’s not the most celebrated Powell and Pressburger film, nor is it regularly on all-time lists. Instead, it is a movie that tends to be shared from moviegoer to moviegoer, like a beloved gift or family treasure. It’s a buried gem that anyone who’s ever seen it wants to tell everyone about. “You must see this” is how most conversations about “I know where I’m going!” to start.

“At the end of the war, people had suffered so much,” Schoonmaker recently said by telephone. “And here’s this movie that lifts your heart.”

Shortly after seeing I Know Where I’m Going, Powell visited Scorsese, who encouraged Schoonmaker to join them for dinner. They clicked and in 1984 they were married. Powell died in 1990; Pressburger in 1988. Since then, Schoonmaker and Scorsese have been committed — when they’re not making movies (they’re currently finishing editing on “Killers of the Flower Moon”, an extended crime film for Apple about the 1920s murders in Oklahoma’s Osage Nation) – to restoring the Powell and Pressburger films. Scorsese recently signed up to do a documentary about their movies. Schoonmaker has been combing through Powell’s diaries for years, hoping to publish them.

“I inherited that,” says Schoonmaker, Scorsese’s celebrated longtime editor. “Michael, when he died, left a small furnace burning in me. What keeps me going is loving and trying to make other people love his work.”

How Much Can Come From Keeping An Old Movie? For Schoonmaker, the answer is almost anything. Scorsese’s passion for Archers’ films inspired Schoonmaker’s own and, in turn, led to the love of her life.

“It was Marty’s passion for film history that made all of this possible,” she says with a chuckle.

The Film Foundation, which partnered with the British Film Institute on the I Know Where I’m Going restoration, has restored more than 925 films, preserving much of film history and taking the laxity of many of today’s film studios , who have shown less interest in preserving the cinema’s past than maintaining pipelines of new ‘content’.

“At the moment they are no longer film companies, but large media conglomerates. For them, old movies are a small part of a wide variety of properties and activities,” said Scorsese. “The people who run them are several generations away from the question of cinema: the word has meaning only as a marketing term. It’s not about making good films for them, but about making their shareholders richer. So no, restoring a Howard Hawks photo is not high on their list of priorities. The idea that it should be so, for reasons that have nothing to do with gains and losses, is not even cherished. In this atmosphere there is no place for the idea of ​​art. It throws a wrench in the works.”

I Know Where I’m Going! however, represents the recklessness of the best plans. Powell and Pressburger made it in 1944 while waiting for the Technicolor cameras Lawrence Olivier used to shoot Henry V. Pressburger would have written it in a few days. They threw it at the Ministry of Information, which controlled wartime filmmaking, as an anti-materialist narrative. (Britain feared a rash of consumerism would follow wartime rationing.)

In it, a quirky woman, Joan Webster (Wendy Hiller), travels to the Scottish Herbrides (the film was shot on the picturesque Isle of Mull) to marry a wealthy gentleman. But stormy weather prevents her from crossing to Kiloran (Colonsay Island). While waiting for passage, she encounters a naval officer (Roger Livesey) from the area. They quickly become entangled in local life, while we become enchanted by it. Joan feels increasingly taken off course.

But summing up the exciting magic of I Know Where I’m Going” never quite does it justice. It reverberates with a warm, lyrical spirit that balances between past and present, legend and reality. It’s a movie you, as helpless as Joan, can’t fall for.

The devotees of the film are a passionate tribe. Big Sleep author Raymond Chandler once wrote, “I’ve never seen a photo that smelled so much like wind and rain.” Tilda Swinton, who owns a family home on Colonsay, thinks I know where I’m going! must be handed out by Scottish diplomats when they travel the world. “It’s like a confessional,” Swinton says in a video made for the Film Foundation. “You come back to it every few years.”

I Know Where I’m Going is partly about reconnecting with something – with nature and old customs – making it a particularly fitting film to start the Restoration Screening Room. With agreed show times and hearty conversations around the film, the virtual theater is set up in a way that clearly deviates from the standard streaming experience.

“We have become accustomed to watching and listening in our own time. Something has been gained, but something has also been lost,” Scorsese said. “We felt it was important to create a way to watch movies that ensured there was a larger audience watching and reacting at the same time.”

At a time when movie culture can be unsure of its direction, the lovingly restored “I Know Where I’m Going!” can help light the way. In any case, it is a mind-blowing harbor in a storm.

“I’ve always felt that you can’t have a present or future of cinema without its past. The movies I’ve seen, re-watched and studied, discovered for myself or through a friend… they enrich me, they inspire me, they sustain me,” said Scorsese. “I suppose it’s possible to imagine someone making movies without bothering to see something made before their own time. But the question is: why? What’s the point? Why not see where you come from? Every film is in conversation with every film before and every film that follows. It applies to all art. Is not that great?”