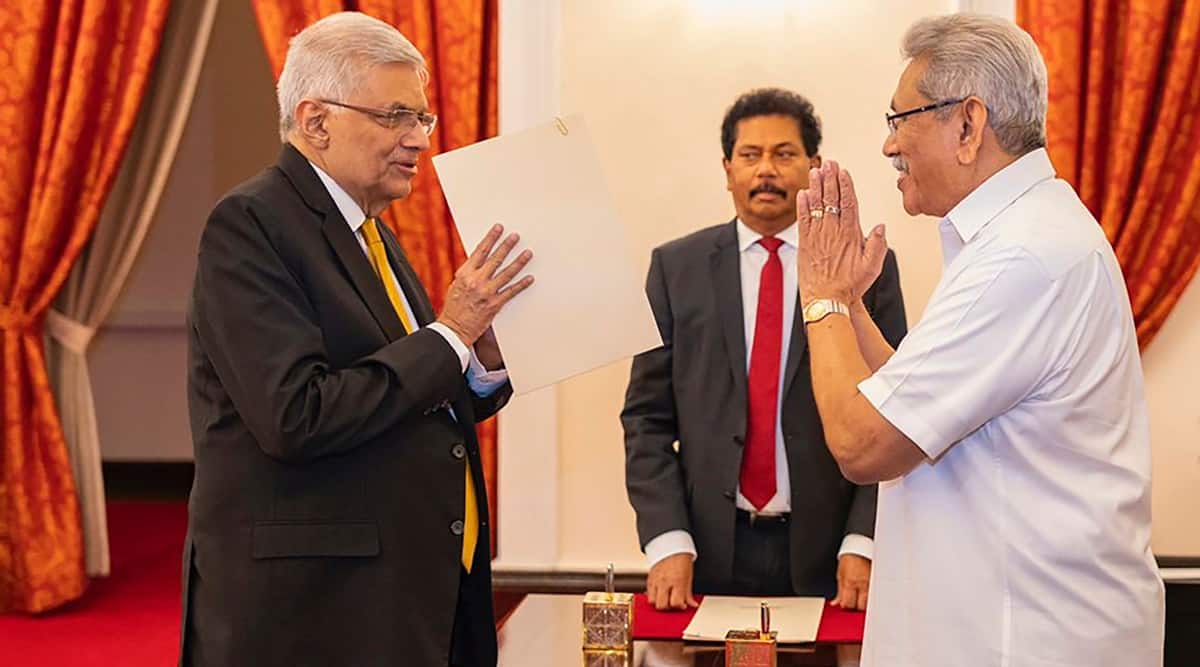 Opposition leader and former Prime Minister Ranil Wickremesinghe was sworn in as Sri Lanka’s 26th Prime Minister on Thursday to stabilize the country’s debt-ridden economy and end political turmoil, a development welcomed by India, which looks forward to working together. with the new government and reaffirmed its commitment to the Sri Lankan people.

Wickremesinghe was sworn in as prime minister by President Gotabaya Rajapaksa, days after his predecessor Mahinda Rajapaksa was forced to resign after violent protests over the worst economic crisis in the island state.

The 73-year-old leader of the United National Party (UNP) took over as prime minister, as the country has had no government since Monday, when Gotabaya Rajapaksa’s older brother and Prime Minister Mahinda Rajapaksa resigned after violence erupted after an attack on the anti-government. protesters by his supporters. The attack sparked widespread violence against Rajapaksa loyalists, killing nine and injuring more than 200 others.

“My best wishes to the newly appointed Prime Minister of #LKA, @RW_UNP, who stepped up to take on the challenging task of leading our country through a very turbulent time. I look forward to working with him to make Sri Lanka strong again,” President Gotabaya tweeted along with a photo of him and Wickremesinghe.

India’s High Commission in Colombo said it looked forward to working with the new Sri Lankan government formed in accordance with democratic processes.

“The High Commission of India hopes for political stability and looks forward to working with the Government of Sri Lanka formed in accordance with democratic processes after Hon’ble @RW_UNP was sworn in as Prime Minister of #SriLanka,” it tweeted.

It said India’s commitment to the people of Sri Lanka will continue.

Members of the ruling Sri Lankan Podujana Peramuna (SLPP), a section of the main opposition Samagi Jana Balawegaya (SJB) and several other parties have expressed support for showing a majority for Wickremesinghe in parliament, sources said.

However, several factions opposed the decision to appoint Wickremesinghe as the new prime minister.

Wickremesinghe, a lawyer turned politician who has been in parliament for 45 years, was prime minister four times before. He was dismissed from the post of Prime Minister in October 2018 by then-President Maithripala Sirisena. However, after two months, he was reappointed as prime minister by Sirisena.

He is widely accepted as a man who could manage the economy with foresight, and is seen as the Sri Lankan politician who could force international cooperation.

The UNP, the country’s oldest party, had failed to win a seat from districts, including Wickremesinghe, who ran in the 2020 parliamentary polls from the UNP stronghold of Colombo.

He later found his way into parliament through the only national list assigned to the UNP on the basis of cumulative national votes. His deputy Sajith Premadasa had led the leading group SJB and became the main opposition.

Sri Lanka is facing its worst economic crisis since independence from Britain in 1948. The crisis is partly caused by a lack of foreign currency, which has prevented the country from paying for basic food and fuel imports, leading to acute shortages and very high prices.

In an overnight televised address to the nation, President Gotabaya refused to quit on Wednesday, but promised to appoint a new prime minister and a young cabinet, who would implement major constitutional reforms to curb his powers.

Gotabaya had said that after the appointment of the new prime minister and government, a constitutional amendment will be tabled to establish the content of the 19th amendment to the constitution, which will give more powers to parliament.

Security forces in armored vehicles patrolled the country on Wednesday with orders to fire on sight amid ongoing protests against the government’s handling of the worst economic crisis. Army Special Forces’ Combat Riders were also deployed on mobile patrols in Colombo and suburbs.

President Gotabaya previously urged the public to reject subversive attempts and said it is time for all Sri Lankans to join hands to face the economic, social and political challenges.

The powerful Rajapaksa clan has dominated Sri Lankan politics for years. Gotabaya is the last Rajapaksa family member in office and his brother’s resignation as prime minister has not favored protesters or reassured the island nation.