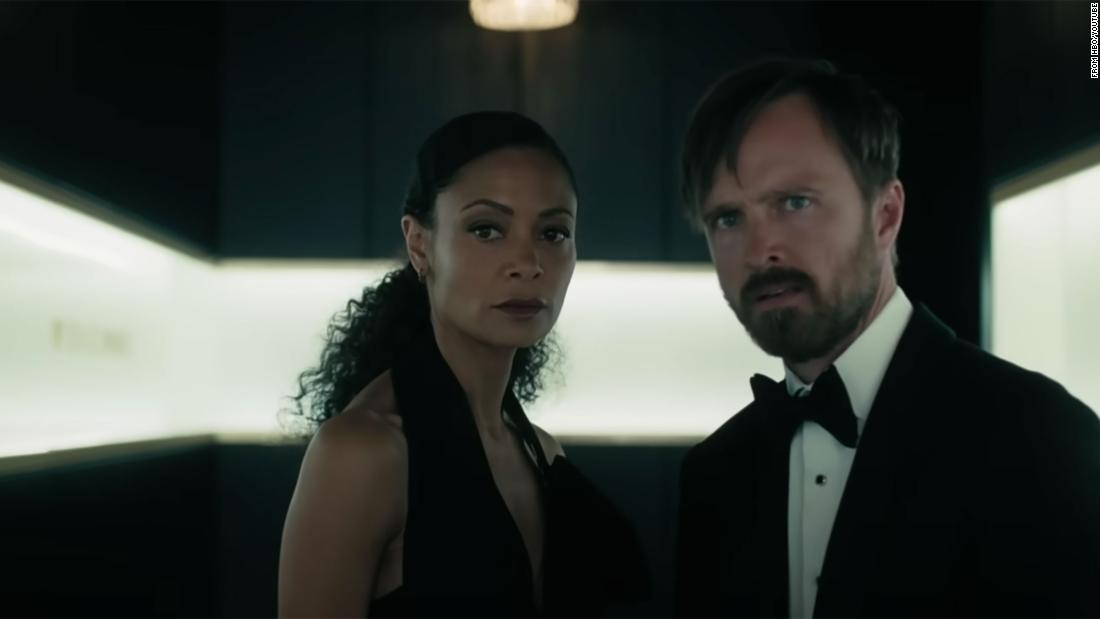 The teaser is set to Lou Reed’s “Perfect Day” and shows Thandiwe Newton’s Maeve and Aaron Paul’s Caleb working together.

Also to see are Stubbs by Luke Hemsworth, Bernard by Jeffrey Wright, Charlotte Hale by Tessa Thompson, Clementine by Angela Sarafyan, and William by Ed Harris.

HBO scheduled the trailer’s release on Monday night as an Easter egg for fans to discover. It’s titled “It Doesn’t Look Like Anything To Me.”

The teaser has no dialogue and shows a dystopian version of New York City.

HBO, which, like CNN, is part of Warner Bros. Discovery, describes the upcoming season as “a dark odyssey about the fate of sentient life on Earth”.

“Westworld” last aired its third season in May 2020. The new season will have eight episodes.

The teaser reveals the premiere date for the fourth season on HBO and HBO Max will be on June 26.